Presented by Whisky Advocate magazine, WhiskyFest, the leading whisky event in North America, returns to Washington D.C. for the third year straight! Commemorating its 21st wedding anniversary, WhiskyFest, which made its D.C. debut in 2016 complying with events kept in New York, Chicago and also San Francisco, provides the chance to example virtually 300 whiskies from worldwide– including single malt and mixed Scotch, Irish, bourbon, rye, Tennessee, Japanese, Canadian, and craft-distilled whiskies, plus high-end rum, brandy, and other spirits– and also learn firsthand from the specialists.

Whisky Advocate Managing Editor Jeffery Lindenmuth and the rest of the publication’s editorial team welcome guests to meet a variety of master blenders as well as other significant whisky experts providing rare whiskies from all over the world. Distillery reps will get on hand at their putting booths, while academic workshops, including their very own samplings, run throughout the night.

Tickets: Regular admission tickets are available at Early Bird rates for $275 and also can be purchased online. Tickets include a 1 year membership to Whisky Advocate magazine, a celebratory crystal glass, an event program and also pen, the most recent copy of Whisky Advocate publication, a present bag, entry to all workshops on a first come first offered basis, a gourmet buffet throughout the night as well as almost 300 whiskies from worldwide to sample. 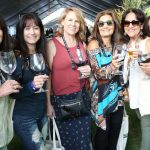 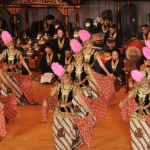